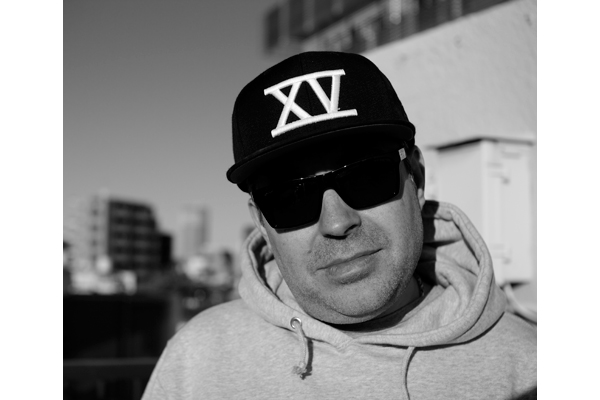 DNB Universe has reached out to A-Sides for some brief insight to his career. He runs his own label, has hundreds of releases over the years on various known labels, and he has plenty of experience behind the decks. A-Sides currently has his most recent album "Quart" on sale in 5 different parts. Sectors one, two, and three are all out now with four & five to follow. This year marks 25 years for his musical journey.

This year marks 25yrs that you have been making your own path with music. What a journey you have had so far! At this point, do you plan to slow down at all or just keep it moving?

Yes it’s been a blast and time has flown by so quickly since my first release in 1991. At this present time i have no intentions of slowing down there is no age limit on making music :) I still have a lot of creation in me yet and actually have an uncle who is in his mid 60’s and makes Roots Reggae music and performs at festivals throughout the UK and Europe and that’s forever inspiring.

Any reflective thoughts looking back at the memories made along the way?

For sure. It’s been a great journey so far and i’m always looking back reflecting on good friendships i have made throughout the world and the places i have played and visited all because of Drum & Bass. I have around 35,000 photos in my iPhoto library and they are all good memories. Sometimes i just go back to a certain year and see what i was up to around that time :) We are lucky to have those memories at such easy access! I look back and see how technology has changed and also the revolution of the music industry. Many interesting changes made (many for the worse!) It’s also great connecting with people who were inspirations on your journey and becoming good friends along the way. These things are important to me.

The Quart album is now upon us! The idea for the album is a nice approach and the audio currently online is great. How hard or easy was the process for you to decide the "final" tracklisting?

For me track listings just come natural. The album consists of some of my current outputs and also some tracks that have sat around for a while and not been released due to various reasons. There were certain people who i wanted to collaborate with I.E MC Fats, Vanessa freeman, Makoto, Daz and Cool Hand Flex then i really wanted to have some of my favourite producers remix some classics too. The album is still a work in progress the 5th Sector is all remixes which i am still waiting to receive and i am currently finishing up the last 2 tracks on Sector 4 just as Sector 2 is released so as time passes by the picture becomes more complete.

For many years now you have worked with MC Fats and the results are great. He is a favorite vocalist here at DNB Universe. Can you give us some background on how you two first met and decided to collaborate?

Myself and Fats connected through Cool Hand Flex. I used to work with Flex at De Underground Records in the early 90’s and around the mid 90’s i was working on a project with Mike James and we were doing a VIP version for Flex who came to our studio that day. He called Fats and had him sing a vocal down the phone and we ripped it and put it into the track and that was how the connection came about. From there our friendship was built and we started collaborating together and have never stopped working together since then. 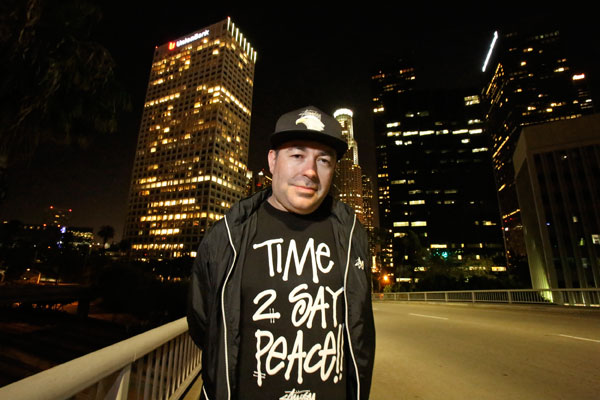 There has been word of some new Sci-Clone music on the way. Any new updates on that front at all?

Yes indeed. Last week we have signed 2 new tracks to Metalheadz for Goldie. These tracks are called Mariano’s Dream and The Girl In Blue. Both should see release in 2017. I will be returning to New Zealand in January 2017 to complete further Sci-Clone projects so next year should be an interesting year for us!

Out of all the music that you have released, do you have 1 or 2 tracks that you personally like more than all the others, or maybe they just have a bit more meaning to you for some reason?

There are so many to choose from but if i had to pick 2 i would say the first would be Lucid by Sci-Clone as it helped me to overcome some issues when i was diagnosed as having tinnitus around 1997. That was hard to deal with at that time and making Lucid helped get me through that time and secondly i would probably pick Punks which came out on Strictly Underground as that is probably my most well known solo track and definitely got me a lot of recognition in the Drum & Bass scene.

Sending love out to all my family and friends and to everyone who has supported me over the last 25 years. People who buy the music, Promoters who book me, Agents who get me booked, All at Cygnus, SRD and Example Media, Ola at Just Another Label, Bassdrive Fam, Sun & Bass Fam and anyone else who keeps the A Sides wheels in motion <3

Keep tabs on A-Sides at any of the following links: