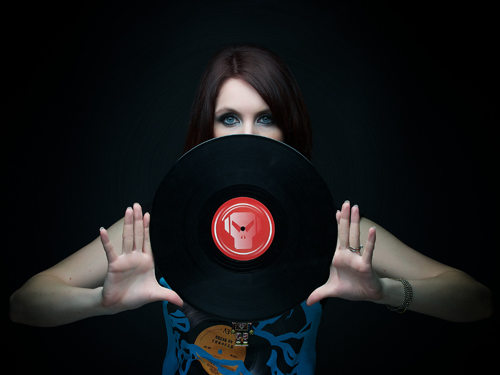 Living in the United States and bringing the ruckus not only with her other half Quadrant, but respectfully in her own solo projects as Iris, we are sure that you have seen her name around on a few well known record labels. Iris fell in love with electronic music from an early age and hasn't stopped pursuing her passion to share and create with the community. Living in a city surrounded by great food and views, Iris is eager to get back on the decks at events and has plenty of new music on the way. We thought it was a good time to get in touch for a brief update on things.


Hey Karen, thank you for taking some time to chat. How are things going recently on the West Coast with you and your family?

Hey of course, thanks for asking me! I’d say things are going as well as can be. We’re kind of in the same spot we’ve been, between real work and working on music but now we’re slowly navigating how to re-integrate back into the real world. Going out more, seeing friends, etc. that’s all felt really good. We’ve gotten to see so many people we haven’t seen in over a year recently.


You and Quadrant just performed at the most recent SD Union event in San Diego. After the past year and a half, did you feel refreshed getting back on the decks, in front of a live crowd, at a real venue? Any other upcoming bookings you want readers to know about?

Getting back into things felt both amazing, but still with a bit of anxiety knowing we aren’t fully out of the woods yet and seeing how things are panning out at the moment. That being said we really couldn’t have asked for a better first gig back though, the line up was amazing, SD Union is one of our favorite nights to play for, run by an amazing group of people. It all combined to make a really special night. Honestly I probably couldn’t even tell you what we played it was all a blur.

We have a few things coming in the works, but also I don’t want to prematurely announce anything so just stay tuned on our socials and we’ll announce shows as they come up! Mostly we’re still taking things on a case by case basis and hoping we’ll be able to continue playing shows for people. We’ve really missed it.

So let's talk about your recent music collaboration with Sweetpea for the song, "Revolution Not Televised". You both put together a nice, deeper production here that is packed with atmosphere and rolling vibes. I'm sure you were both anxious and happy to have this come out on DLR's, Sofa Sound label. How long have you known and been working on ideas with Sweetpea? Any chance we might see more collaborations from you two in the future?

Yeah, we were both super stoked and I was a little blown away how into it J (DLR) was. I have so much respect for him as a producer and it's always a bit surreal when someone like him rates your stuff much less wants to put it out. I’ve known Sweetpea since about 2014? Maybe a little before that? We officially met in person at a Dispatch Party in London at Plan B. Spent a good portion of the night drinking and dancing and stayed in touch ever since. She asked me not all that long ago (I want to say late December/January) if I’d be interested in working on a collab and obviously the answer is yes. She’s always been a fabulous DJ and I’ve loved all the production she’s done in recent years as well so I think she was an obvious choice for a collab project. She sent over a few great vibes and we just got going from there. We do have a few more things in the works so definitely expect some more tunes coming!

Just a bit before the Sofa Sound release, you and Quadrant's remix of "Plastic" by Marcus Intalex & Future Cut came out, with all proceeds going to the Marcus Intalex Music Foundation. You both did a great job on the production and it's great to see the funds going back to the foundation. Did you feel somewhat pressured about the overall process? You have had a good amount of music come out over the years on terrific labels, is it safe to say this was one of the more cherished aspects during your music career?

The remix itself of ‘Plastic’ we actually finished in some kind of new record for us. I think it was more or less done in about a week? I think it helped that we knew we wanted to keep a lot of the original vibe, but really just give it a little update. That being said any time you remix a classic there’s a huge amount of pressure not to mess it up, this one even more so because it was something that Marcus Intalex had worked on and you never want to do a disservice to someone who is no longer with us and had so much impact on the genre. That was definitely the stressful part. We did send it to a few people to get a gut check before finalizing it and the response was good and of course Future Cut liked it enough to back it so we felt pretty confident in the track! Of course being allowed the opportunity to remix something like this is definitely way up there in terms of career highlights. Never in a million years would I have believed we’d be allowed this opportunity. It's really been something special.

Do you have any news or updates regarding upcoming music that you would like to share with readers?

Yes! Still lots of music in the pipeline, we have another single and remix for Delta9, some things for Dispatch, CIA, and Guidance plus our collab with Marky for his album. I also have some more things on the go with Sweetpea for Sofa Sound, some solo stuff of my own for Guidance (including one with the amazing Missledz), plus a couple tunes with Pyxis we’re working on finding a good home for as well. Just hoping we can continue this momentum and working with good labels and friends.

You and your husband Quadrant have put out great collaborations and seem to have good chemistry for making music. How do you work things out in regards to studio time and gear, when you each want to work on solo projects? Do you both have plans to work on another full album together anytime soon?

Most of the time we are in the studio together, but on the weekends we’ve been trading off for awhile. One person works on music and the other watches our kid. Saturday is usually my studio day and Sunday is Leigh’s. We are also still working from home so either one of us might pop in to the studio to work during breaks to put a few edits in a tune. Thankfully Bitwig makes it super easy to switch between projects! No current plans for another album any time soon, I don’t want to say never but with the speed we work it kind of takes us out of commission for awhile which seems to be a death sentence in the music industry sometimes and seems like there’s a lot more artists moving to put out either a series of EPs or singles in place of albums these days which seems like the move to me. 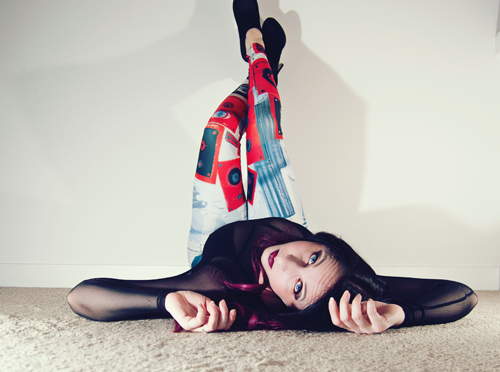 Can you give us some insight on what the local DNB culture and events are like in Seattle?

Truthfully its been about 17 months since I’ve seen a Seattle DnB event so hard to say! That being said Seattle has always had a tight scene of dedicated djs, producers, promoters and attendees. There are the standby’s of Deep N Bass and DnB Tuesdays still going strong plus a few new nights in the works that are starting to pop up and I’m looking forward to seeing where those go.

What are some things you have been listening to lately in any genre? Also what interests keep you busy outside of making music and djing?

I’ve actually been kind of into Dua Lipa a lot lately. I have a soft spot for that kind of disco house, so I was immediately hooked on her sound. I don’t really listen to a ton of DnB a lot of the time, I find I get a lot of inspiration from other genres and sounds. So outside that there’s definitely some pop, hip hop, techno, 2step/UKG, etc. As for additional interests, our main one is our kid, Holden who is about to turn 5. He’s got a great sense of humor and is a lot of fun to hang out with. Any leftover time I have goes to riding horses (something I’ve been into for about 25 years now) and in the winter both Leigh and I snowboard as much as we can.

If visiting Seattle, what are some places of interest you would suggest to visit or eat at?

I feel like Leigh and I really aren’t great at playing tourist in our own city but I will try! Generally we recommend people try and check out Pike Place as one of the oldest farmers markets in the US. If you go to Jet City Wines, it overlooks Boeing field so you can have some wine and watch the planes (one of my favorite activities). Gas Works park is great for a view of the city. The Space Needle was just remodeled and has a beautiful glass floor if you can stomach it, its a cool trip and place to hang out for an afternoon. The Arboretum is beautiful or discovery park as well. Seattle is pretty spoiled for parks. I generally recommend people do activities like that, that are low cost but still offer a lot to see and experience. Seattle is really blessed with a lot of good food and a huge variety on top of that. When people visit I usually ask what kind of food they want and then we can list places from there. Some favorites are, Mezzanotte or Bar Del Corso for Italian, Bengal Tiger is my all time favorite Indian restaurant, Din Tai Fung or Dough Zone for soup dumplings, Mamnoon for Middle Eastern, Un Bien for Caribbean Sandwiches, Bateau for amazing steak at any price, Canlis, Herb Farm, Eden Hill for upscale multi course meals, Lil’ Woody’s, Shake Shack or 8oz Burger Bar for burgers, Tacos Chukis, El Asadero (school bus next to the tire spot on rainier), Fonda La Catrina or El Quetzal for tacos (honestly I could go on, Seattle has a TON of taco spots of all different kinds). I should probably stop now before this list gets too long!

Thanks again for reaching out for the interview, and shouts to my husband Leigh - Quadrant for always being my biggest supporter, all the amazing new femme artists in DnB showing their stuff off, you all are putting out some amazing tunes and its been super inspiring to see and hear!


Keep tabs on Iris at the following links