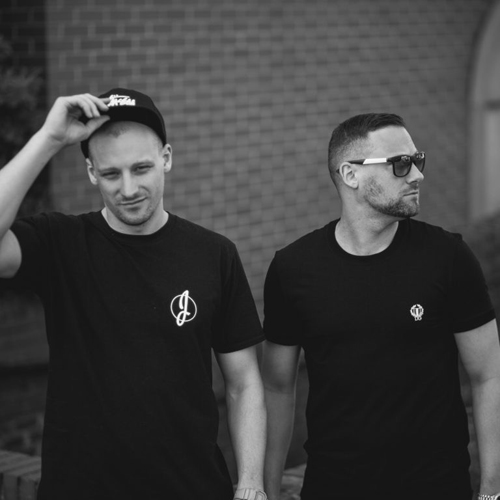 The brothers known as Soulstructure have been around for a bit now crafting their own fresh productions while working with some of the drum & bass communities top artists and labels. Even with full time jobs and other activities that keep them busy, they can't imagine life without being musically active as they are so passionate about it. Already with their impressive back catalog, we now see them deliver another strong release for the Soul Deep Recordings imprint. With a clear quality over quantity stance, we had the chance to chat briefly with Soulstructure regarding their musical journey.

Hello Dominic and John, it's good to be in touch for a chat. How are things going during your recent pandemic lockdown?

Things are going great. We've had time to focus on music and decide where we want to take things in the next couple of years. There's certainly challenges that come with how things have been recently but I guess you just adapt. We're looking forward to times when we can DJ at gigs again.

Let's go back for a brief moment, you both have been producing music for a number of years now as Soulstructure. Did you both start at about the same time, or did one of you pull the other into it? How did you choose your artist name?

Well there's 10 years between Dom and I so we've had different musical paths for that reason alone. I got into the rave scene in 1992 at a very young age and had learned to DJ within a couple of years. I started to learn more about music production in the late 90's but it all fell by the wayside in the early 2000s as my professional career started to take off. I kept my love for the music and built a substantial vinyl collection but largely forgot about DJing and production.

In the meantime, Dom had developed an eclectic taste in music. Being surrounded by drum & bass from a young age must have rubbed off on him as he fell in love with it, starting to buy vinyl and learning to DJ. He started a music production course and then completed a sound design degree. He had his first solo release in 2012 and after sending music to a number of DJs, was asked by LTJ Bukem what other tracks he had. On hearing this, we dug out some of my old projects and modernized a track I'd worked on around 10 years earlier. We sent it to Danny (Bukem), he signed it and asked what our name was. SoulStructure was born!

One of your earlier releases "Soul 101" & "Soul 201" featuring Tim Cant and Blade on Sonata Recordings is a definite favorite. How did you link up with these fellow producers and Sonata so early on?

That seems like such a long time ago! It was a sketch that I had a few sounds for...vocals, synths, chord samples & fx. Dom and I were working on a lot of things at that point so it just made sense to share the workload and the project was in a good place to share. Tim and Levi were producers that we were feeling so we asked them both if they were up for working with us on it. They both were and ran with it from there. I felt it was an old skool approach to have two versions of the same track and the guys did an amazing job of both their versions. Tim had the link with Melos at Sonata and after some debate decided to release both versions, which was great.


You both seem to also be pretty involved with Paul SG and his Jazzsticks Recordings which is another excellent label we enjoy. Can you give us some background on that connection? Anything in the works for Soulstructure on Jazzsticks in the future?

We consider Jazzsticks our home; our stable. Our debut album was released with them in 2018 following an EP and some remix work We have a couple of tracks forthcoming on a very special Jazzsticks compilation and will start work on a new EP for them in the middle of the year. Paul has been a great support from early on and given us a solid platform to hone our sound.

Fast approaching you have a great new single coming out on Soul Deep Exclusives. You have teamed up with Nookie for the song "New Day" and also linked up again with Tim Cant to remix "Skyliner" by The Invisible Man. Both sides of this single are superb productions. We know that you have worked with Scott Allen in the past who runs Soul Deep. What's the story on how this release all came together?

Well each track has it's own story and they've only recently come together as a package. 'Skyliner' was finished first of the two. We've known Graham (The Invisible Man) for a few years and agreed we'd work on a remix. He has so many classic tracks but we felt 'Skyliner' would be a good one for us. We'd worked with Tim a number of times at that point and knew how much he loves that kind of vibe so asked if he wanted to get involved. He didn't hesitate. Graham's tracks are complex and finding the right approach took some time, but I think we found the right direction in the end. It got great support from the handful of DJs we sent it to and after Scott heard it he immediately wanted to release it on vinyl. That was probably a couple of years ago. We agreed we'd take our time to find the right b-side for it.

'New Day' started life as a track sidelined for our album. It had lots of classic sounds complimenting a backdrop of bell sounds and large pads. However, it was missing something so decided to put it to the side at that point. About a year later I was speaking to Nookie about working together and sent him a few ideas including the sounds that eventually became 'New Day'. He pulled it all together as a composition in a way that I couldn't at the time and played an early version of it in San Francisco & LA in 2019. We took the stems from Gav (Nookie), added the middle section, including the spoken word sample that the title is based on. Dom touched up the drums, finalized the mixdown and voila! We agreed with Scott that we had the second track for the vinyl release. In fact, 'New Day' became the a-side. We then released that we didn't have the final version of 'Skyliner' anymore but thankfully Danny Bukem still had it in his archives and was able to send it back to us. We're delighted both tracks are seeing a vinyl release and had a great response so far.

Do you have a "goals" list of artists or labels that you would eventually like to work with, or do you kind of just go with the flow and see what naturally transpires?

Not a goals list as such, but there's certainly artists that I admire and would love to work with. They tend to be the ones I'd consider pioneers or legends of the game. Saying that, we've been lucky to work with some of those already having remixed PFM, The Invisible Man, Molly Duncan (of Intense, RIP) and now collaborating with Nookie for the new release. I'd love to work with LTJ Bukem, Omni Trio, Flytronix, Artemis... loads of people. It's unlikely as some of them aren't active in music production but you never know! As for current artists, again we've been lucky to work with some of the people we admire already...Furney, Paul SG & Madcap, and we look forward to working with them all again in the near future.

Any other news or updates you want to share with readers?

We've been really busy making music over the last few months and really excited for the year ahead. Dom has re-energized his solo project and taken that sound into another dimension so SoulStructure will just be me for the foreseeable future. As we're brothers though, we'll always be a duo in some respect; sharing views and techniques. The next SoulStructure track to see a release is a mid-90s inspired 165bpm piece titled 'Lovers & Friends' on a very special Jazzsticks compilation. We've also done a drum & bass remix of PFM's downbeat track "By The Chapel" and are currently working on remixes for Furney and a live orchestral piece for a house label called Maquina Music. 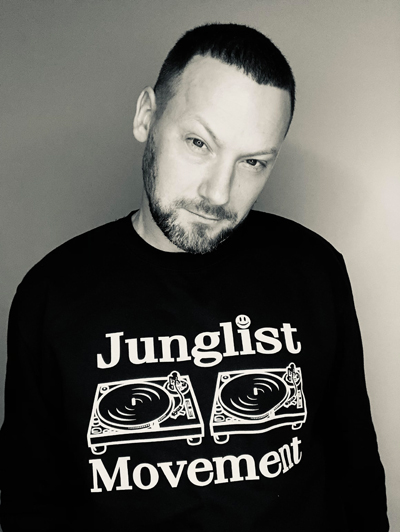 If you both didn't have such a passion for music, what do you think you would be doing instead?

Oh wow! Music is such a huge part of our lives so it's difficult to imagine the passion not being there. We're both busy with our full time jobs as an HR Manager (Dom) and Recruitment Manager (me) so that takes up a lot of our time. We both share a passion for sport. Dom plays volleyball to a decent standard and I manage a football team after playing over 20 open age seasons myself. I think we'd always have a creative outlet so I'd still need something like that in my life.

I always forget people when we do shout outs but for the Soul Deep vinyl release, we'd like to thank Scott, Simon, Gavin, Tim and Graham Also, a special thank you to Martin at Align Creative for the amazing artwork & videos. Final shout outs to Paul SG, Elliot Madcap and everyone out there enjoying our music.

Keep updated with Soulstructure at any of the following links.